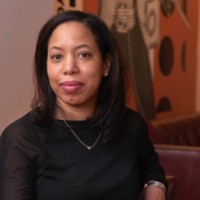 Company: Kalpa Art Advisory
Bio: Lenise Logan is committed to living in a world where all children and adults know their self-worth. An Art Advisor and Exhibitions Producer, Lenise has been immersed in the Auction House and Art World world for 20 years. She has worked with some of the worlds’ most successful Auctioneers’ Operations and Logistics departments at companies such as Christie’s, Sotheby’s, and Phillips, being responsible for some of the most valuable works of art in the world via traveling exhibitions and shipping - to the tune of over three billion dollars. Lenise’s interest in international business morphed into a well-honed expertise while living and working for companies like Accenture in India between 2004-2006. This expertise was further realized and developed, when Lenise became a founding member of Christie’s Corporate Responsibility Group. So much so, that in 2010, Lenise spearheaded a relationship between Christie’s and the government of Beijing – bringing 17 Chinese artists works’ to New York for an exhibition, Trans-Realism. She has also worked with prolific Collectors – Swizz Beatz and the Dean Collection, produced exhibitions in Los Angeles for SWOON, Jonathan Mannion at Marlborough Gallery in New York and in Miami, at the inaugural No Commission. Lenise is a Senior Advisor and principal at Kalpa Art Advisors; where she supports community driven Art Collecting. Before this, Lenise served on the White House’s Act Art Advisory Board for Justice and Contemporary Art. When she’s not advising artists on their businesses, collectors on how to manage and brand their collections or Non-Profits on how to interact with both, you can find Lenise speaking on panels educating new buyers and encouraging them to become the next great collectors. If you are ready to collaborate, this is where Lenise’s magic emerges. She can transform your ideas into viable projects with measurable results. Lenise sees what is beyond visible and makes it possible.
Request an Introduction