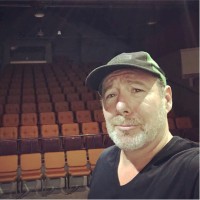 Bio: Lee Ross has led many lives. Aside from touring all over the world with Cirque du Soleil as the main dramatic character & lead clown in Cirque's longest touring show, “Saltimbanco”, he has also represented the United States in the sport of table tennis. His one-man shows have taken him across the United States, Canada & Australia. As a produced screenwriter, his Sundance 2008 thriller, “Downloading Nancy” stars Maria Bello and Jason Patric may be added to Lee's credits. Ross has written & produced his latest feature, “Benjamin Troubles” - coming out this year. Currently Lee has several other scripts in various stages of development and he currently resides in Iowa with his partner Tracy and their dog, Little Red.
Request an Introduction