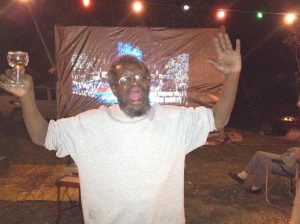 Company: Retired
Bio: National Merit Scholar Horace Morse Award for Excellence in Study of History International Foundation for Theatre Research Fellow Alden B Dow Creativity Fellow Named “Champion of Courage” for work with Youth A grants specialist with over 25 years of experience, employment experience includes Director of Development for American YouthWorks, Grants Specialist for the Region XIII Education Service Center in Texas, and the Hogg Foundation. I have also been an Information Specialist for the Johns Hopkins School of Medicine in Baltimore Maryland where he worked with the National Library of Medicine and other Research Universities/Facilities in developing the Aids, Human Genome and other medical/research databases. I was co-founder of the McKinney Roughs Grants writing group and has written successful grants to TEA, US Department of Education, HUD and NSF as well as to private Foundations such as the Meadows, Mott, Topfer and Wallace providing assistance in Grantsmanship and funding to 60 Independent School Districts and NPOs in a 16 county area in central Texas aiding them in receiving over 150 million dollars in Federal, Government, Corporate and Private Foundation funding; I am also a playwright, director, Theatre Historian and Dramaturg who received his theatrical training at Catholic University in Washington DC. His performances include Hoke Colburn in Driving Miss Daisy, the role of an ex-Negro League baseball player in August Wilson’s Fences, Lord Capulet in William Shakespeare’s Romeo and Juliet, a calypso singer in the American premiere of Pulitzer Prize winner Derek Walcot’s Pantomine, and the Voice of God in the Wakefield Cycles. His plays have won the Baltimore, South Carolina, and National Black Theatre Festivals and have been performed in New York City, Illinois, Michigan, Washington DC and San Antonio.
Request an Introduction