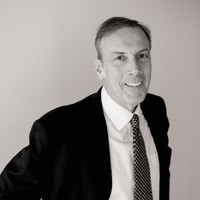 Bio: Kenneth M. Berman, a Principal Partner of Berman, Sobin & Gross, LLP, received his B.A. with Honors from the University of Rochester and his JD from the National Law Center, George Washington University. He’s a member of the Maryland State Bar Association, The District of Columbia Bar, The United States Supreme Court Bar, The Fourth Circuit of Appeals Bar, District Court of Maryland and the District Court of the District of Columbia. He has been honored as a Diplomat of the Court Practice Institute for Trial Advocacy and has resolved Medical Malpractice, Products Liability and Motor Vehicle Accident cases in each area for amounts in excess of one million dollars and recently has tried a burn case resulting in a jury verdict of four million dollars. He has lectured before Legal Organizations and Unions and provided seminars to other attorneys and the insurance industry on issues of County Bar Sections, Personal Injury and Workers’ Compensation. Berman appeared on numerous occasions before the State of Maryland Legislature with regards to pending legislation and has worked in conjunction with the Governor’s Study Commission on Workers’ Compensation. He is the former Chairman of the Workers’ Compensation Section for the Maryland Trial Lawyer’s Association and also is on the Board of the Fire Fighter Cancer Foundation where he acts as the Director of Legal Affairs. Mr. Berman is a member of the Board of Governors of the Maryland Trial Lawyers and has given numerous seminars to public safety organizations, groups that represent claimants and insurance companies, vocational rehabilitation organizations and numerous business groups. He’s written and lectured extensively on the above-mentioned areas and has been a member of the factuality for the Maryland Institute of Continuing Professional Education of Lawyers (MICPEL) as well as the Educational Committee of the Maryland Trial Lawyers Association (MTLA).
Request an Introduction