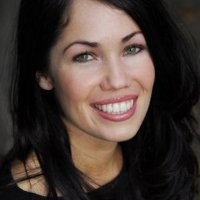 Bio: E.V.E.N.T Co Founder/Producer: To date Kate Sullivan has worked in television for national and international productions, voice work, theater and film, including a lead role in the New Zealand independent feature film Christmas and worked opposite Anthony Hopkins in The Worlds Fastest Indian. Recently Kate played the leading role in the Film “The Other End of the Gun” directed by Patrice Poujol , a lead role in the stage production of Cosi directed by Wendy Herbert and featured in Dax Phelan’s feature film ‘Jasmine’ in Hong Kong. Kate holds a Bachelors of Performing and Screen Arts Degree from Unitec School for Performing and Screen Arts, and a Graduate Diploma in Secondary Teaching from Auckland College of Education. In 2006, Kate completed an 8-week acting intensive in New York with the TVI Actors Studio. She has taught Drama, Dance and Film acting in New Zealand, Budapest and Hong Kong. In addition to this, Kate has worked as an actress and has directed professional stage productions in various cities around the world. In 2008 Kate co-founded E.V.E.N.T (An International Artists Company). As producer of E.V.E.N.T , she works not only organizing monthly events but also casting for Feature Films, Magazine fashion spreads and corporate calendars; all the while striving to support local and International artists.
Request an Introduction