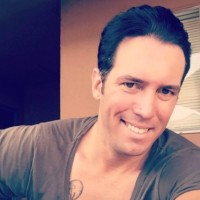 Bio: Justin Newsome was born and raised in Detroit, Michigan. He earned a degree in Marketing from Central Michigan University, graduating with honors. Justin got his start in entertainment in college when during a trip to NYC, he organized a tour of Rolling Stone Magazine and talked his way into an internship with the CEO. After college, Justin moved to NYC and took a job at Zenith Media. While at Zenith Justin worked on the Verizon Wireless campaign for their new mobile entertainment products. He was selected by Cosmopolitan as Media Man of the Year. From there Justin moved to LA, where he worked at the CW Network, launching the hit shows Gossip Girl and Vampire Diaries. Next, Justin worked in Digital Media strategy with Sony Pictures where he spearheaded the digital advertising campaigns for The Social Network, The Karate Kid, and Salt. He was given an industry award for his work on The Social Network. After Sony, Justin moved to Disney where he headed digital strategy for The Muppets and Cars 2. During his tenure at Disney, Justin conceptualized and developed multiple “Never Before Seen” integrated ad campaigns. While at Disney, Justin and a friend launched a music focused youth website called Uneeqability.com. The website showcased up and coming and established artists to inspire kids to be "Uneeq" and pursue their dreams. Justin was hired as Head of A&R and Music Partnerships at new media company Maker Studios where he helped launch the company’s music department. Currently, Justin works as a consultant for Simon Cowell's record label Syco as well as Fremantle entertainment where he heads up A&R and Music Scouting for America's Got Talent and American Idol. He works as a private consultant and Artist Developer. While not working, Justin enjoys dancing, concerts, films, writing and volunteering.
Request an Introduction