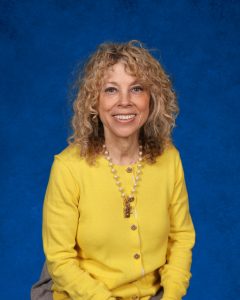 Company: The Washington Square Hotel
Bio: Judy Paul was born into a hotel family and her love of food and entertaining grew out of a childhood spent at her grandfather’s Manhattan Beach Hotel, in Brooklyn. Though she enjoyed the hotel business, Judy wanted to establish herself outside the family enterprise. After graduating from Vassar College, with a degree in biopsychology and earning an MBA from Columbia University, she began her first career by running the Adolescent Health Care Center at Mt Sinai Hospital. She also worked for the New York State Office of the Special Deputy Controller, and as a Vice President in the Health Care Group at AMBAC, a municipal bond insurance company. Even as a financial executive, food remained a passion for Judy and she always knew that, one day, she would make it her primary professional focus. In 1991 she left her job as a health care financial analyst to follow her dream: She opened NORTH SQUARE Restaurant in the ground floor of the Washington Square Hotel, an historic hotel owned by her family. The transition to the hotel and restaurant business has been satisfying and easy, as Judy has found the skills gleaned in her first career to be essential to the second. She has built a close-knit team of colleagues, all as devoted to the enjoyment of hospitality and dining as she is. As a proud New Yorker, Judy has grown increasingly attached to the strong sense of community in the Greenwich Village neighborhood where she now lives and works. She served as an appointed board member of Community Board #2 for 14 years and is currently.an executive member of the Washington Square Association. Judy is also a member of Vistage (formerly known as The Executive Committee), an international organization of CEOs. In addition, she served on the board of the New York Women’s Culinary Alliance, an organization that promotes the education and advancement of women in the restaurant industry for more than five years. Finally, she is very proud to be a founding sponsor of The Village Trip, a Greenwich Village music and arts festival which premiered in 2018 and will continue this fall.
Request an Introduction