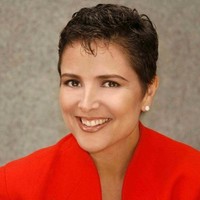 Company: JHA Management
Bio: Josselyne began her career in entertainment in 1986, she supervised the production of 150+ episodes of original programming and has produced 300+ commercials most of which she was a creative force in them as well She produced several feature films and has been nominated for multiple awards in filmmaking 1990 Josselyne pursued her lifelong "dream" of being a songwriter and pop singer She and her group BOY KRAZY won the HINRG award for best vocal performance, the BMI award for most played song on the radio and joined the very exclusive club of artists whose first song went to #1 on the charts (A club that includes Elvis and The Beatles) Josselyne has spent the past 21 years as a personal manager for experts, actors, writers, directors and recording artists With Josselyne's experience as a marketing and branding expert, a producer on the production side of the entertainment business, and her personal achievements as a globally known artist, Josselyne is distinguished as one of the few professionals who have been successful on the business, production and talent sides of the entertainment industry Additionally, having participated in transformative education programs for over 41 years, Josselyne has led programs for Landmark Worldwide, an international training and development company, for the past twenty eight years, programs designed to inspire effectiveness and creativity in others enabling them to make their own dreams come true as well as make the world a better place Josselyne has raised close to $95 million dollars for various non-profits and is the founder of a non-profit organization called UNITED GLOBAL SHIFT Josselyne has been with her amazing husband Michael for 25 years and they have 3 kids Sophie, Sage and Shane.
Request an Introduction