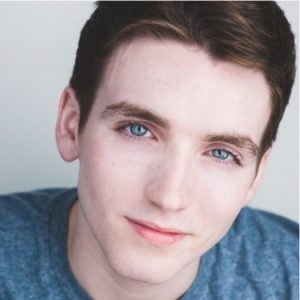 Bio: Joseph is a young filmmaker and actor based in Manhattan, NY. He's a New York native, but is also currently a Junior at NYU Tisch School of the Arts in the drama program. While at Tisch, he's studied acting and script interpretation at the Stella Adler Studio of Acting, as well as screenwriting and film production at StoneStreet Studios. He's also worked on, acted in, written, and helped produce a handful of short films with other talented young filmmakers. Currently, Joseph's primary focus is on his first independent feature, which he has written and will direct, titled Sail. Sail is a coming-of-age family drama that takes place almost entirely in a flashback to 1954. The film focuses on the struggles of a young man in the year before he leaves home, and is framed by glimpses of his life 50 years later. The film is meant to explore the idea that sometimes the hardest part of growing up isn't sex/drinking/drugs/violence, as most movies would have people believe. Sometimes the hardest thing is just being alone, needing a friend. For more information on the project and the team, you can see Sail's page on KickStarter, as they are currently running a campaign there to fund the film: www.kickstarter.com/projects/701160882/sail-a-feature-film
Request an Introduction