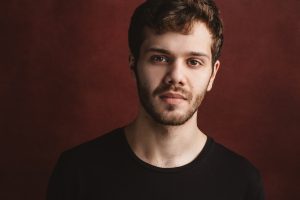 Bio: Joseph Iannitelli is a NYC-based actor. His love of performance first began in adolescence, where he started writing, directing, shooting and editing his own sketch comedy videos on Youtube. Eventually, this transitioned into a passion for the stage and TV/Film-- Both mediums in which he is currently pursuing a career. In May 2019, he graduated with a Bachelor Of Fine Arts (B.F.A.) in Acting from Marymount Manhattan College. While in school he worked on a number of plays, including Where We're Born, Killer Joe, Pullman Car Hiawatha, Beirut Rocks, and the title role in William Shakespeare's Hamlet. Moving forward, Joseph hopes to continue contributing his talents to the growing entertainment industry, be it on stage or in front of a camera.
Request an Introduction