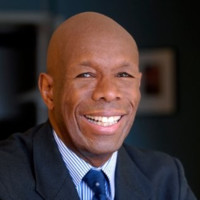 Bio: Jon is the producer and host of GlobeTrotter Jon Haggins TV, a fun, informative and entertaining program that features destinations, foodies and guests from around the world and is available in 2 million homes in NYC and over the Internet. The main goal is to expand audience horizons beyond the couch and allow them to discover far away places. Jon is a motivational speaker who inspires people to get up and go. His background includes fashion, interior and food. The Museum of the City of NY exhibited a retrospective of his fashion designs and the Schomburg Library acquired his archive of photographs and editorials. Jon was honored by F.A.X. at F.I.T. for his contribution to the fashion industry and The Tunisian Tourist Organization honored him for his show featuring Tunisia. Jon wrote “Yes I Can”, a motivational book that gets the reader up and out to accomplish their dream. He also wrote The African American Travel Guide, which offers advice on travel to Africa and shares narratives of his personal experiences. Jon has contributed short stories to Eric Copage’s Soul Food Book. He was an invited speaker at the Smithsonian Museum in DC and has appeared on radio and TV shows on NPR and other networks. And let’s not forget that he was a voice for FOX-TV’s PSA, “It’s Ten PM. Do you know where your children are?” Jon’s fashions have graced seven Cosmopolitan covers and eighty-five inside pages. They appeared in Harper’s Bazaar, Vogue, Essence, NY Magazine, Town and Country, NY Times. Celebrities such as Diana Ross, Helen Gurley Brown, Sheryl Lee Ralph, Debbie Allen, Felicia Rashad, Racquel Welch, and Lynn Redgrave have worn his fashions. Cornell University honored Jon with an exhibition of his designs. He designed costumes for several Off-Broadway shows and Soap Operas and TV shows.
Request an Introduction