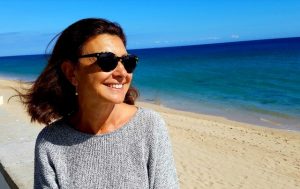 Bio: Jenny Paschall is a journalist, screenwriter, novelist and television producer. Together with her partner, Ron Lyon, she is co-creator, writer and producer of several series on Discovery Channel, Nickelodeon, Travel Channel and A&E, mostly documenting bizarre facts and incredible stories. These titles include Beyond Belief, Would You Believe It, Most Haunted In America, Strange, Best Places to Find UFOs and Simply Unbelievable. Paschall and Lyon have also written several books based on their knowledge of the weird and wonderful, including Beyond Belief, Brain in a Box, Odd Laws and Hatches, Matches, Dispatches. Stefi a novel written by Paschall, was published in hardback, January, 2007. In addition to her television and book activities Ms. Paschall is a contributing features writer for the Express on Sunday (London), writing articles on such diverse subjects as Facial Prosthetics to The 20 Scariest Places to Spend Halloween. Jenny Paschall co created/produced “What Does It Mean To You”, a radio series featuring Robert and Kim Kiyosaki (“Rich Dad, Poor Dad”) originally broadcast on Fox Radio/KFYI in Phoenix. Paschall and Ron Lyon, also known as The Wizards Of Weird, lecture at colleges and universities throughout the United States, often combined with writing/producing seminars conducted by the pair. Paschall also ghost writes celebrity biographies, political articles and speeches.
Request an Introduction