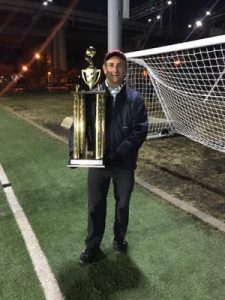 Bio: Jason was born and raised in London, England. He received his theatrical training at The Sir Michael Redgrave Theatre. He received an international scholarship and graduated Magna Cum Laude from Baruch College. He then earned a graduate degree in International Relations from New York University. Jason won a Steven Spielberg scholarship for international study at Jagiellonian University, Cracow, Poland. He became the first Englishman to be elected a Fellow at the Center for the Study of the Presidency in Washington D.C. He later won a scholarship for advanced graduate study at Yale University. Jason is a member of Phi Eta Sigma, Golden Key and Beta Gamma Sigma, the National Academic Honor Society for Business Administration in the United States. Jason has received 4 ASCAP awards for original music composition. He has produced and composed original music for Fox Soccer TV. Jason is a Co-Founder and Creative Director of My Generation Productions, a new organization that encompasses traditional live production and innovative work developing musical and scripted entertainment for the new alternative digital media arena. He directed and produced the audio sitcoms of Bless this House & Never Mind the Quality, based on the classic TV comedies scripted by his mentor Vince Powell, the Godfather of British Comedy. Jason has produced many live shows and Benefits in NYC including musical tributes to John Lennon, George Harrison, Mick Ronson & The British Invasion. Jason produces and performs in a number of live benefit rock concerts in Mississippi, part of his program for social enterprise entertainment. A committed sports educator for over 20 years, Jason founded The British Soccer Academy, which has become one of the largest youth programs in NYC and was voted PSAA Coach of the year. He played rugby football in England for Wasps RFC, Fulham RLFC and has represented Middlesex County, London and Great Britain. Jason is committed to developing socially responsible initiatives within the framework of sports, music & the arts. http://www.nyualumniblog.com/2019/02/jason-grant-shela-gsas-97-awarded.html
Request an Introduction