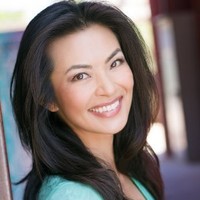 Bio: Jane Park Smith believes every talent is gifted for the purpose of serving and uplifting others. An actress, model, author, martial artist, speaker, and foodie, Jane's diversified TV credits include 24, The Cape, Rizzoli & Isles, Reno911, Bones, and most recently recurred, guest-starring in FOX’s latest drama "Gang Related" as Korean mob boss Su-Jin. Her films include ''Street Warrior'', ''Quarantine'', and ''Bring It On.” She brings Raven to life in the film ''Scream at the Devil,'' which fleshes out the gripping realities of schizophrenia and Mina in “Heartbreak” in which she becomes a champion pro-billiards player fighting for her son's welfare. “Heartbreak” is close to her heart as it is inspired by real events with redemptive overtones. She also just wrapped her first action feature as sadistic fight specialist Tess in "Boone: the Bounty Hunter." While she enjoys a multifaceted career, this UCLA Bruin alum’s greatest desire is to continue to serve and speak out for the voiceless and oppressed worldwide. As such, she's earned a Presidential honor as a former Ms. America for her charitable community activism. Available on Amazon, her inspirational non-fiction, “Rocky the Rescue–A Collection of His Rescue Tales," gives 90% of proceeds of each book to animal rescue and other charities. Married since 2006, the couple lives with their set-trained canine actor Rocky Bear Smith in Los Angeles.
Request an Introduction