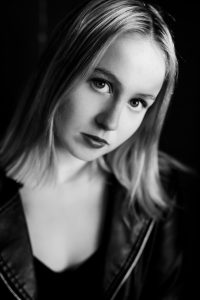 Bio: Singer/songwriter Isabella has been performing professionally since 2008. Isabella has enjoyed a successful career in her songwriting and original projects leading her to play events such as Splendour in the Grass, Peats Ridge Music Festival and FBi Turns 10. Isabella has played prestigious venues in Sydney such as The Metro, Oxford Arts Factory. Isabella has also performed internationally in New York, Nashville, LA and Europe. In 2013 Isabella co-wrote the soundtrack for the award winning short film ‘Showboy’ with David Pritchard-Blunt (Musical Director for The Voice). Isabella has also performed as a session musician for The Voice and Channel 7’s The Morning Show. As well as her original music, Isabella has regularly gigged around the Sydney music circuit providing musical entertainment for venues and events, also singing on cruise ships for P&O Australia. Isabella has a large repertoire of songs, specialising in Folk, Pop, RnB and Jazz. Isabella has recently completed a Bachelor of Music majoring in Performance. She has also attended the Young Women’s Jazz Workshop at The Conservatorium of Music and the NIDA Young Singers Studio.
Request an Introduction