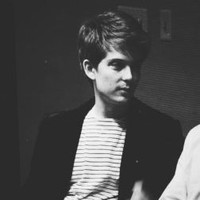 Bio: Ian Colvin is a recent graduate of UCLA’s film school and is currently trying to realize his dream of writing and directing feature films and television. Born and raised in the suburbs of Las Vegas, his passion for moviemaking dates back to his childhood. As a precocious 5-year-old, early viewings of The Maltese Falcon and The Big Sleep with his grandparents changed the course of his life forever. While at college, Ian wrote a weekly film column in The Daily Bruin on classic and art-house movies, which led him to be awarded “Column of the Year” by the newspaper’s editors. He served as a production intern at PBS and development intern at StudioCanal, while also gaining further experience as a video editor for UCLA. When he isn’t making short films or writing, he enjoys pulpy crime novels, paintings by Edward Hopper, the history of Southern California, and Seinfeld.
Request an Introduction