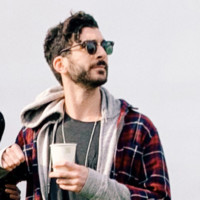 Bio: Henry Kaye is a Knicks fan, Illustrator and Graphic Designer. Born in New York and raised in New Jersey, Henry was always too busy drawing. Originally, his work lived in the margins of math homework, but his designs have found a new home in Adobe Photoshop, Illustrator and Final Cut Pro. After graduating high school he attended Pratt Institute for a short while, but then took a leave of absence to sign a record deal with his band Static Jacks. He made albums and toured the world for four years, documenting every new city and space in drawings and writings. Since the start of Static Jacks, Henry has handled all of their album art, shirt designs, posters, stickers, etc. He’s made music videos and tour diaries. www.HenryBKaye.com.
Request an Introduction