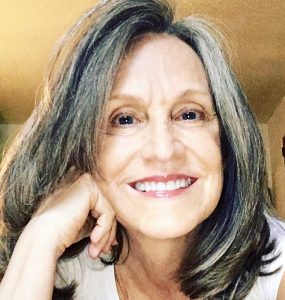 Bio: Heather Lea Gerdes was born (literally) on Sunset Beach, California. She has been involved in the entertainment industry since the age of ten. Beginning her career as a dancer, she performed with the Florida Ballet Company and was classically trained in the Cecchetti Method of Dance. She holds and A.I.S.T.D. (Associate Level) in that discipline. Heather later studied with David Howard and Finis Jhung in New York and has since completed his teaching workshop at the Ailey School. Throughout her performing career, Heather has developed and established her strengths as a teacher and choreographer. She's taught and choreographed in New York, Los Angeles, Japan, Vienna, and London. Heather lived in New York City for thirteen years. While there, she performed the role of Velma in the Broadway Revival of West Side Story, and later, toured with that company throughout Italy and France. She also performed in the Broadway production of Copperfield. Heather danced the female lead in Bob Fosse's Dancin' when the show was the first All-American company to perform in London's West End. After the show's run, she participated in the American/British Equity Exchange program and performed with the London Company of Cats. Heather has worked on many films from background to day-player roles. She was one of the original dancers in the film, Dirty Dancing. Heather can be seen in the 2019 feature promo for Booksmart and last year’s Tiffany & Company’s Paper Flowers Spring 2018 campaign. She danced in the Season 2 Opener of Disjointed, which aired in February 2018, played a Vixen on Disney's Shake It Up, Jazzercised on Glee, and danced on 2 episodes of Two and a Half Men and in the pilot of My Crazy-Ex Girlfriend. She was in the Whoville Choir in Ron Howard's, The Grinch, shot a Sprint Picture Mail print campaign, and was featured in An American Carol as a dancing/singing Professor. Heather is Certified in Group Fitness training and a Senior Fitness Specialist with NASM/AFAA and has completed Practical Yoga, YoChi, Golden Hearts: Senior Fitness Training, and Group Resistance Workshops. She's also completed Levels 1, 2, & 3 of UZAZU, The Language of Energy, a study in achieving energy embodiment that utilizes polarity-based movement, breath, and sound. Through her Functional Body Training™ program, Heather created Flex Ropes Fitness™, a family of exercise formats that feature resistance training: Country Cardio® dance exercise, Ballet for Real People™, Flex Ropes for Divas™, Stand Bend & Shake™, Sit & Shake™ and Synergy for Seniors™. Heather holds a BA in Motion Picture Technology. Her production experience includes assisting in the Principals Casting Office of HBO's, From the Earth the Moon, and later, assisting the Director of Photography on this same Emmy award-winning mini-series. She's worked with Bill Dance Casting in Los Angeles on various projects, handled production coordinating and locations for others, and directed and produced her own documentary entitled, "Save the Last Drive-In." Heather spent six months as an agent-in-training at the Bobby Ball Agency in the Dance/Music division, coordinating the acquisition of some 150 New York based musical theatre and dance clients as well as maintaining the Los Angeles client roster. As the Script Department Supervisor for LMNO Cable Group for 15 years, she worked on multiple seasons on network and cable shows for Discovery, TLC, OWN, History, HGTV, WE and many others ... I Get That A Lot (CBS), The Little Couple, The Seven Little Johnstons, Unusual Suspects, The Coroner: I Speak for the Dead, D.B. Cooper: Case Closed?, Murder Book, Final Cut, I Wanna Be a Soap Star, National Body Challenge, DR1 Invitational to name a scant few. Heather has freelanced as Script Supervisor for Asylum Entertainment on National Geographic's Origins: The Journey to Humankind. Heather is represented by Clear Talent Group in Los Angeles for theatrical, TV, and commercials. She is a member of SAG-AFTRA and the Directors Peer Group in the Academy of Television Arts & Sciences.
Request an Introduction