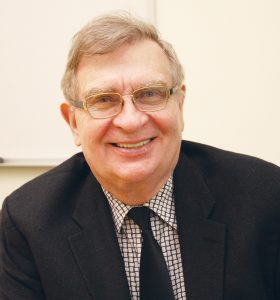 Bio: Harry Haun may not be a face you recognize but if you have followed entertainment journalism over the last 45 years you have certainly read his features. That is because Mr. Haun has built a prolific career as a writer covering stage and film for some of New York's most prestigious publications including Playbill, The Daily News, Broadway World and many more. In addition, Mr. Haun is the author of two books "The Movie Quote Book" and "The Cinematic Century: An Intimate Diary of America's Affair with the Movies," both of which speak to the encyclopedic knowledge Mr. Haun holds for the arts. Currently, Mr.Haun is writing his own truly delightful column for Theater Pizzaz entitled Screen of Consciousness. Over his illustrious career as a journalist, Mr. Haun has interviewed some of the greatest entertainers of our time. http://nectarnews.org/2019/11/harry-haun-movie-quote-master-and-veteran-entertainment-journalist/?preview_id=3905&preview_nonce=13aed5c462&preview=true&_thumbnail_id=3913
Request an Introduction