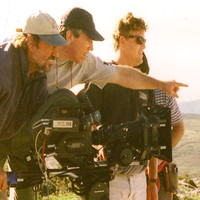 Bio: Gene Cernill is an Emmy Award winning Producer/Director and Television show creator. He started his career at MTV where he produced, directed and created television series, specials, and political documentaries. His work as a commercial director shows a unique perspective and style. Gene has worked for clients such as The White House, Coca Cola, Kellogg’s, Swatch, and PepsiCo.
Request an Introduction