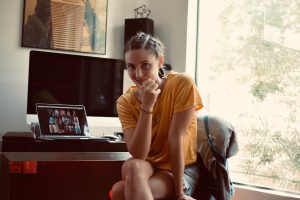 Bio: Félixe de Becker is a Los Angeles based filmmaker focused on both directing and acting. She was born and raised in the city of Brussels but then moved to Paris to pursue a career in filmmaking where she attended the EICAR International Film School. After working as a director for several years in Paris she decided to make the move to New York and then eventually Los Angeles where she has now decided to plant her roots. In the past few years Félixe has written and directed two award winning short films and countless other projects including music videos and commercial work. Her latest film La Dalle was officially selected for the Côté Court Festival in Paris, competing for the Essai / Art vidéo Prize. Félixe spends her time acting, writing, and directing various works between Los angeles and Paris.
Request an Introduction