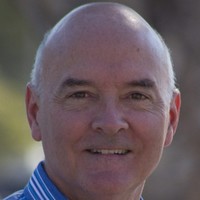 Bio: Edwin Harkness Spina is an experienced business professional with extensive knowledge of software, venture capital, and new business development. From 2003 to the present, Spina established Higher Dimensions Publishing which offers fiction and non-fiction books, CDs and videos that entertain, educate and enlighten. Spina wrote the visionary thriller Mystic Warrior, which won the Independent Publisher Book Award for Visionary Fiction and Nautilus Silver Book Award for Fiction. Spina is also the author of Mystic Secrets Revealed, and a contributor, along with experts Zig Ziglar, Jim Rohn and Brian Tracy to 101 Great Ways to Improve Your Life. From 1999 to 2007, Spina was the CEO of Firstate Insurance Holdings. Spina helped set up a multimillion dollar distribution system in Puerto Rico. He assisted in negotiating strategic alliances with two multi-billion dollar companies, wrote the business and marketing plans and helped raise $1.2 million. From 1994 to 1996, Spina was President of Taurus Technologies, a company providing database software for consumers in the sports memorabilia industry. Spina managed all aspects of development. From 1987 to 1989 Spina was President of Music Systems, a telecommunications company that provided music information via 800 and 900 numbers. The service represented the first national, legitimate use of interactive 900 technology and was featured in articles as well as on CNN, VH1, CBS, ABC and NBC. He sold his interest in 1990. From 1985 to 1987 he was VP at Allied-North American, a management company that represented two venture capital funds with capital in excess of $150 million. Prior to that he was with various venture capital and management consulting firms. He began his career in the computer industry, where he was responsible for developing systems software. Spina has a MBA from the University of Chicago and a BS in Engineering, magna cum laude from Tufts.
Request an Introduction