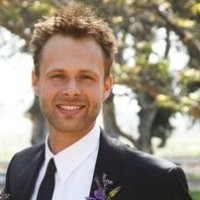 Bio: Dustin Bancroft was transformed by the power of filmmaking after watching a heartbreaking documentary about the abduction of Ugandan children – brainwashed into military murderers. Shortly after he traveled to Africa to see the impact first hand. Since then Dustin graduated with Honors at the Art Institute of Los Angeles, with a Bachelors of Science in Film and Television Production. His latest film “Viti” is in distribution with ShortsHD via AT&T-Uverse and DirectTV. Recently, he has had the privilege of working on Network TV shows such as Revolution,Intelligence, Ironside and recently wrapped Horrible Bosses 2. Now he is working at a Talent Agency, Innovative Artists in Santa Monica.
Request an Introduction