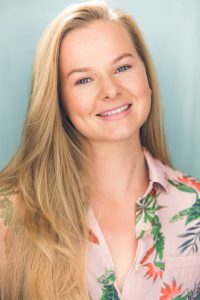 Company: Pink Highway LLC
Bio: In 2017 founder of Pink Highway Dinanda Klaassen came to New York for the first time to study at The Barrow Group. She found herself surrounded by many talented actors, writers, directors, musicians and photographers. With all that passion for the arts, her desire to create with them grew. The philosophy behind Pink Highway is simple; working with people you dearly love and believe in, are the key factors in good story telling and the creation of magic. Loving both Amsterdam and New York City, we want nothing more than to create a creative bridge between the two cities. Pink Highway is a company that creates materials coming from a place of love, free from division. The love for the craft, for the story and last but not least, love for the unique artist itself. Dinanda is an actress and writer from The Netherlands. Dinanda Klaassen studied Opera at a conservatory program in The Netherlands. Where she did multiple productions. ( Macbeth- Verdi, and Down In The Valley- Kurt Weill, The Virgin Suicedes). In June 2016 she graduated from acting school in Amsterdam. Always wanted to have the experience to be alone in a big city, she decided to discover New York City. She immediately fell in love with the city and with The Barrow Group, where she studied with Seth Barris and Lee Brock. Her first short-play “ Kiss and Goodbye” premiered at The New York Winterfest Festival. Recently she made her appearance at 'The Chris Gethard Presents' show. Her short-movie ' Katie was here' will soon be released. Currently she is co-writing the series ' Wolves on the Border' with Anne-leigh Cooper, that got nominated for two awards at the Oaxaca Film Festival. Currently she is producing a Pink Highway Production Week in New York City. In this week artist will showcase their talents. www.pinkhighwayllc.com www.dinandaklaassen.com
Request an Introduction