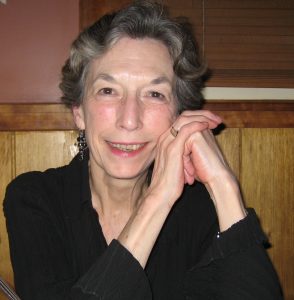 Company: Mendez SoHo
Bio: Born in Ohio, I attended the Ohio State University, where I completed BA and MA degrees in English. It was there that I met my husband of 45 years, Louis Mendez, a popular professor in Ceramics, chair of the Graduate Arts Faculty and accomplished potter/sculptor. After marrying, we moved to Orange County, New York, where we remodeled an historic house and barn, built a studio and operated a gallery representing 150 artists and artist-craftspeople. We eventually relocated to New York City, where I completed an MBA in Finance from New York University. While I pursued a career in Financial Regulation and Portfolio Credit Risk Management, Louis continued an active exhibition schedule, maintained an independent studio and taught ceramic sculpture in the US and Mexico. After his passing in 2012, I founded Mendez SoHo, a website (www.louismendez.com) and loft venue (open by appointment) to celebrate his legacy as artist, educator, bon vivant. In 2015, I launched an occasional series of Salons in our SoHo loft where attendees meet informally to discuss a featured body of work with guest artists and collectors.
Request an Introduction