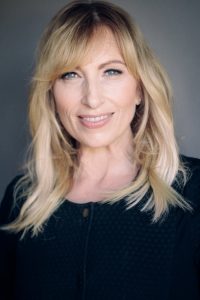 Bio: Denise Grayson is a multi-disciplined actor/producer and attorney, and founder of Denise Grayson Productions, where feature films in development include Walter Mosley’s sexistential novel, KILLING JOHNNY FRY, and Rajiv Shah’s BLOOD AND THE RYE. Grayson starred in the Academy Award-winning feature THE SOCIAL NETWORK; her television work includes roles in Showtime’s Shameless, and in the Hallmark and the Lifetime films Pandemic, Though None Go with Me, Dark Desire, and Citizen Jane, to name a few. CARRY TIGER TO MOUNTAIN, a short film which she produced and stars in, is currently on the festival circuit. She also produced the short films NASTY, starring Robert Forster, and HINDSIGHT, which she also stars in. Grayson starred in GASLINE, a short film that won the Short Film Grand Jury Prize at the Sundance Film Festival. On stage, she most recently appeared in The Maltese Falcon, The Lady Eve, Casablanca, and in The Thin Man at Treepeople’s Once Upon a Canyon Night at the Mark Taper Amphitheater in Los Angeles. A former Wall Street lawyer, Grayson is a member of the Advisory Board of Celebration Theatre, and an acting coach. She divides her time between New York and Los Angeles.
Request an Introduction