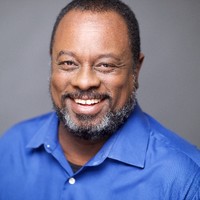 Bio: Hello, my name is Damian Salandy. I was born on a little twin island country called Trinidad and Tobago. For those of you who aren’t thoroughly familiar with the Caribbean, this is the last island, traveling south from Florida, in the chain of Windward and Leeward Islands that make up the West Indies. My family is one of the oldest in Trinidad and I currently live in my ancestral town less than a mile from where I was born. My parents moved the family to the United States when I was five, and I became a citizen on the 26th of February, 1993; the same day the first explosion took place in the basement of the World Trade Center. After eight years as an actor and in need of an education and life experience, I proudly joined the United States Navy in the year 2000, at age 34. There I served until my honorable discharge in 2007. For the past seven years, I've worked as a Television News Weather Anchor for CCNTV6 in the capitol city of Port-of-Spain. I am also a non-union voice over actor (voa) working to create a niche market in the United States. I hope I can be of assistance to you in whatever endevour you so choose. Thanks for joining the icanstilldothat family.
Request an Introduction