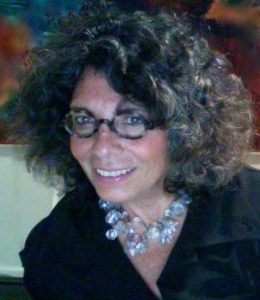 Company: La Monte Productions
Bio: CHRISTINE LA MONTE, director/producer/writer and former film marketing executive at Universal, Disney and Orion, is founder/president of La Monte Productions where current projects include VIVA VERDI!, a feature documentary that she is producing/writing; CHILDREN OF THE PO, a short documentary that she is executive producing, and in development, a feature film based on the book, JUSTICE DEFERRED, Len Williams’ critically acclaimed legal thriller. La Monte produced the award-winning short film, DANDELION DHARMA; the Gary Goldstein scripted play, “Three Grooms & A Bride,” and the syndicated television talk show, "Marilou" starring Marilu Henner. Her directing credits include the Screen Actors Guild’s “A Heart United” with Sharon Lawrence and Jo Beth Williams, and “The Angina Monologues” with Brenda Strong. As a strategic marketer, she worked at the legendary Italian studio, CineCittá in Rome, and served as Marketing Executive, at TV 3 New Zealand, while living in Auckland. A Contributing Editor of Musée Magazine, an avant-garde photography magazine, La Monte, is a long-time member of the Academy of Motion Pictures Arts & Sciences, where she serves as a member of the Executive Committee of the Student Academy Awards; she is a member of the Academy of Television Arts, as well as the AWD - Alliance of Women Directors. A current member of PEN America’s Los Angeles Committee, and past faculty member of New York's School of Visual Arts, La Monte divides her time between Los Angeles and Rome with her author husband, Len Williams.
Request an Introduction