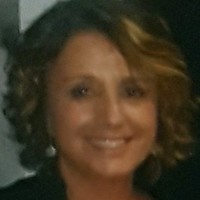 Bio: In her native Barcelona, Spain, Cristina was a prominent member of Barcelona’s social community. She worked as a Film & Production Coordinator for TV3, Television of Catalunya, Spain from 1992 until 1994. During the Barcelona 1992 Olympics she coordinated the logistics for the production staff of Australia’s Channel 7. In 1989, Cristina worked as a Sales Executive for Zoom Television in Barcelona as a representative during the Cannes Film & Television Festival selling production and post-production services. Upon re-locating to Miami in 1994 Cristina established a production company to assist her European clients on location, with this experience Cristina was able to establish her credentials in the South Florida business community as a respected Event Planner. Prior to joining Global Spectrum in January 2009, Cristina worked at the Miami International Airport as a Sales & Event Manager from 2003 until 2008. Her experience organizing and planning events and her excellent customer service skills earned her a key role as liaison with Protocol and International Affairs at the Miami International Airport Aviation Department. In addition to her international expertise Cristina has organized multiple events for companies like Sony Music and celebrities like Oprah Winfrey. In addition to her Event Planning responsibilities, Cristina also taught an Event Planning course at Miami Dade College. Ms. Abrams finished her studies in Public Relations in 1983 in Barcelona. She obtained her title as a Certified Event Planner in Miami, Florida in 2007 and she continues her studies in Public Administration at Barry University.
Request an Introduction