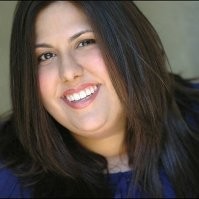 Bio: Chelsey Donn is a bi-coastal actress and comedian who was born in Philadelphia, Pennsylvania to two proud Brooklyn natives and was raised in Southern New Jersey. Chelsey spent the summers of her early childhood in the Catskill Mountains watching her grandmother, Sherry Mann, perform stand-up comedy. From a very young age Chelsey was inspired by her grandmother and quickly learned the magic and transformative nature of the stage. Upon graduating from High School Chelsey went off to New York City to study theatre at NYU’s Tisch School of the Arts. While at NYU she studied at the Lee Strasberg Theatre and Film Institute, Stonestreet Studios and Upright Citizens Brigade. Since graduating from NYU Chelsey has performed in several exciting theatrical, film, television, and new media productions and has worked with many award winning writers, directors and actors. Following in the footsteps of her grandmother, Chelsey can also be seen performing stand-up and improv comedy at various venues throughout NYC and Los Angeles. Chelsey also performs regularly in Neil Patrick Harris’ live comedy show, Accomplice: Hollywood and is currently in the advanced level at The Groundlings. For a more extensive list of Chelsey’s work please check out her website www.chelseydonn.com
Request an Introduction