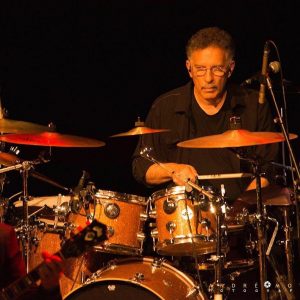 Company: Charles T Descarfino
Bio: New York percussionist and drummer, Charles Descarfino has performed with numerous and diverse musical organizations including; The New York pops, The American Symphony Orchestra, Orchestra Moderne, The San Francisco Symphony, Die Deustche Kammerphilharmonie of Bremen, The American Composer’s Orchestra, The New York City Ballet Orchestra, The EOS Orchestra, Speculum Musicae, The New Jersey Symphony Orchestra, The New Jersey Percussion Ensemble, and The Brooklyn Philharmonic. He has also performed for artists such as the Louie Bellson Big Band, Sutton Foster, Darlene Love, Lea Salonga, Roberta Flack, Idina Menzel, and is featured with composer / pianist Mick Rossi on his release “One Block from Planet Earth” on Omnitone records as well as two prior releases “They Have a Word for Everything” on Knitting Factory Records with Dave Douglas, and Inside the Sphere, on Cadence Jazz Records. He has also toured in the US and South America with British progressive rock band, Renaissance, and played percussion for the most recent “Moving On” tour of legendary rock band, The Who. He has served as percussionist for numerous Broadway productions including; Charlie and the Chocolate Factory, On The Town, Porgy and Bess with Audra Mcdonald, Stephen Sondheim’s Follies, Baby It’s You, Elf the Musical, Young Frankenstein, Sweet Charity with Christina Applegate, The Who’s Tommy, Titanic, Les Miserables, Suessical the Musical, The Adventures of Tom Sawyer ,Three Penny Opera at Studio 54, and Thoroughly Modern Millie and City of Angels, where he also served as assistant conductor He has recorded on the Nonesuch, New World, Columbia, Sony, Decca, Opus One, Cadence, Knitting Factory, Omnitone, BMG, PS Classics, Ghostlight, and for jingles and major film releases including Disney’s Pocahontas, Mulan and the 2005 release of Mel Brooks “The Producers”. His compositions for percussion have been performed at The Aspen Music Festival and colleges throughout the U.S and abroad, and are published by Bachovich music publishers.
Request an Introduction