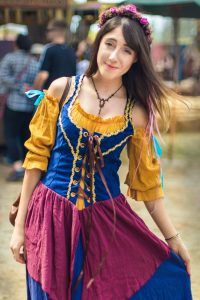 Bio: Cassidy Sage Lehrman was born in Seattle, Washington and lived a bit of the gypsy life, traveling the country with her family in a 20 foot RV before settling in Paonia, Colorado, a town of 1500 people on the western slope of the Rockies. Blessed with no traffic lights and no fast food chains, the population was rich in culture, arts, community, and agriculture. At age 10, Cassidy became a DJ for a kids' music and talk show on the local NPR radio station. When she was 12 she started writing a regular column on arts and culture for the local newspaper, becoming the only person under the age of 40 to write for that paper. That was also the age when she told her parents she wanted to become an actress. Two weeks later she auditioned in Glenwood Springs for the part of Mary Lennox in the musical version of The Secret Garden and got the part. With extremely favorable reviews and personality, she was invited to come to Los Angeles and within a few months landed her role on HBO's Entourage as Jeremy Piven's daughter, lasting until the show's end, seven years later.Aside from her television roles, she has appeared in many national commercials, hosted an internet radio show, done stage work in Hollywood, and won the "Best Actress in a Short Film" award at the 2010 SoCal Independent Film Festival. She has also starred in music videos, is the voice for audio books, and is a main character in an upcoming video game. Aside from her theatrical focus, Cassidy spends time in her studio creating beautiful colored glass beads. She is also a dancer, student of Krav Maga, and pretty good with a bow an arrow.
Request an Introduction