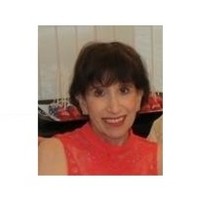 Bio: Carol Holland Lifshitz: Carol Holland Lifshitz is President of SOLUTIONS, a communications company with offices in San Diego and New Jersey. Her commitment to nothing short of excellence can be seen in every project she delivers, large or small. Exceptional creativity, impeccable work and uncompromising dependability have been the basis for the company’s continuing growth. Carol's specialty is writing, though her capabilities extend far beyond. She serves a wide range of clients throughout the United States. She worked in New York City for 20 years before starting SOLUTIONS in 1994. Prior positions included Vice President of Marketing for two internationally known consumer products corporations (writing, planning and sales capabilities required) and creative positions at several ad and PR agencies (Creative Director, Copywriter, Producer). Paramount Pictures was a client at one agency; the goal was to save money while achieving quality production. Experience from both corporate and agency perspectives, in both business management and creative capacities, gives her a unique edge when tackling challenges. Carol is an award-winning writer and producer with a keen business sense. She has served as Emmy Awards judge, selected for her skill and professionalism as a writer and TV expert. Another honor was being chosen as a film critic for the New York BACA film festival, succeeding Rex Reed and Otto Preminger in that capacity. Her greatest validation, however, is repeat business and referrals from clients who are thrilled with her work. She’s also gained praise for acting and dancing, though she prefers to think of those as just fun. She is a graduate of Vassar College, cum laude, and spent time as an exchange student at Williams College. Self-discipline, important for the successful completion of all professional endeavors, was first honed at the Bronx High School of Science.
Request an Introduction