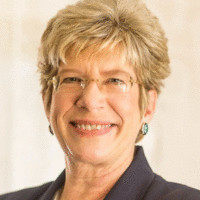 Bio: Carol has served as a director of Windstream (an advanced network services provider) since September 2007, serves as Chair of the Governance Committee and is a member of the Audit Committee. Ms. Armitage has served as a telecommunications consultant since 1998. From 1995 to 1997 she served as Senior Vice President, Technology and Strategy at General Instrument. Prior to 1995 she held various management and engineering positions during sixteen years of service with Bell Laboratories and Network Systems (which later became Lucent). Since 2000, Ms. Armitage has served and held various leadership positions on the board of directors of SCALA, Inc., a provider of digital signage and advertising management solutions. From March 2010 to March 2012, Ms. Armitage served as Chairman of SCALA, Inc. From 2000 until February 2010, and again starting in March 2012, she served as Vice Chairman. From 2002 to 2004, Ms. Armitage served as Chairman of the Board and was on the Audit Committee of YDI Wireless (now known as Proxim Wireless Corporation), then a public company engaged in the development and provision of wireless fiber technologies. Ms. Armitage has a BS in electrical engineering from U. of Delaware and an MS in electrical engineering from Princeton. Her service on the boards has given her experience in strategic planning, financial reporting, and mergers and acquisitions.
Request an Introduction