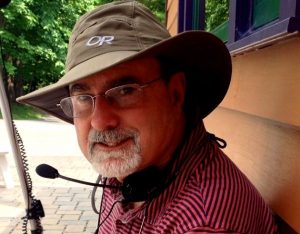 Bio: Cambiz A. Khosravi an American-Iranian, is a widely recognized documentary film and video producer. His works have been in film festivals and broadcast both in the US and abroad. The films are also part of permanent collections of major museums and libraries such as the Museum of Modern Art and The Kitchen in New York City, as well as in collections at Yale, Harvard, and Columbia Universities.
Request an Introduction