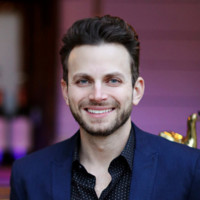 Bio: Talk to Brian Fuente and you get the sense of a guy who knows how to honor his roots. Those roots extend back to Ridgeland, Mississippi, a small town outside of Jackson, where Brian grew up the son of a jazz vocalist mother and guitarist father. His parents’ R&B records—not to mention a healthy dose of 80’s pop radio—made a lasting impression. Brian picked up his dad’s guitar at age 9 and before long was writing music, playing to crowds in between his mom’s sets. Years later, in 2007, Brian furthered his artistry by moving to Nashville. He quickly garnered a loyal following with his first band, Newmatic. In the summer of 2011, Brian auditioned for The Voice and won a spot on the prime-time reality TV competition. Brian worked alongside Blake Shelton and Kelly Clarkson and since then he has catapulted to sharing stages with Maroon 5, Counting Crows, Robert Randolph and the Family Band, Gym Class Heroes, and Cobra Starship. Brian Fuente clearly remembers where he first fell in love with music as a small-town kid from Mississippi. His 2012 ep, 1983, gives a nod to the sounds of his youth—Michael Jackson, Tears for Fears, Duran Duran, and even some Luther Vandross—while breaking new ground with unique, original songwriting and production. This trend continues with Brian’s 2014 full-length release on which he played most of the instruments. On the track “Waves”, the first video release from the record, Brian sings, “We’re all moving in waves, like never before.” This sentiment applies to Brian himself, and to be sure, wave after wave, this year and for more to come, Brian Fuente will continue to deliver music that inspires, like never before.
Request an Introduction