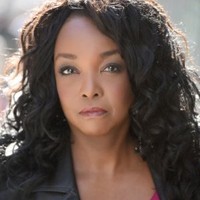 Bio: Bobbi is a New York City based Commercial Voice Over Artist and Actress. She has numerous Stage and Independent Feature Film credits and has been seen in various Commercials, Promos and Industrials. Bobbi’s Voice Overs can be heard on TV/Radio spots, Image Videos, Web Narrations, Documentaries, Animations, Independent films and more both in the U.S. and abroad. She also works in TV/Video production and freelances as a Video and Audio producer as well as a Studio camera operator.
Request an Introduction