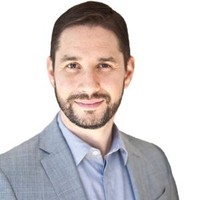 Bio: Bob Lesser is an Adjunct Lecturer at the New School University in New York City where he teaches leadership development. Previously Bob worked at the New York City Department of Education on Mayor Bloomberg’s historic education reform initiative. Bob also served as Chief of Staff for the New York City Police Department’s Office of Community Affairs where he trained hundreds of NYPD police officers in negotiation and conflict resolution. Bob holds a Masters Degree in Public Policy from Harvard University and a BA in sociology from Vassar College. Bob has a special place in his heart for Southern Africa having been to South Africa on two occasions, first as a high school student during the summer of 1990 and again in 2001 as a United Nations delegate to the World Conference Against Racism, Xenophobia and Other Forms of Intolerance.
Request an Introduction