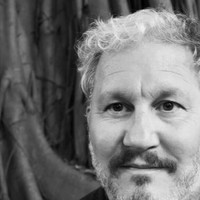 Company: LaunchMe.com
Bio: Bob is the Marketing Director for Kurtz California Real Estate and CIO of Kurtz InfoTech, the Technology Services and Marketing company he launched in 1997. An accomplished photographer who is still more comfortable in the darkroom than in Photoshop, Bob was one of only 50 Photographers in the United States selected to represent Samsung through their Imagelogger program. With his wife Patti, Bob owned and operated a Bed and Breakfast on Kauai, Hawaii for four years. At the Kauai Beach Inn, Bob served as Marketing Manager, Tour Director and Barista. During their time running the inn, it received a 4.5 Star Trip Advisor rating and was awarded the prestigious Certificate of Excellence. Prior to moving to Kauai, Bob served as Webmaster and Designer for Community Care Physicians, a multi-specialty medical group of over 200 doctors and 40 practices at the time. Bob built and managed a complex system of websites that gave each practice a unique online presence, each of which could be updated in-house. A man of many talents and interests, Bob spent several years in Woodstock, NY where he worked as a Technical Website Sales Consultant from Albany to New York City and assisted his wife as general manager of the Woodstock Inn on the Millstream. During this time, Bob also founded the B2B Business Marketing Association for the Hudson Valley. Before living in Woodstock, Bob lived in Fort Lauderdale, Florida where he worked as a Senior Systems Analyst for Sensormatic Electronics (now part of Tyco and ADT) developing one of the first international corporate intranets, among other projects. Bob received a Bachelor of Science Degree in Computer Information Systems from Florida Atlantic University and attended graduate school at SUNY Albany where he studied Information Science. A staunch advocate for human and animal rights, he has served as a volunteer for such organizations as Junior Achievement, Make-A-Wish Foundation, Habitat for Humanity, Canine Companions for Independence, and several other animal and youth-related organizations.
Request an Introduction