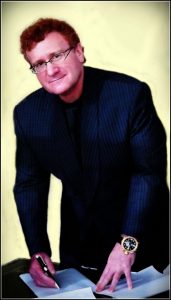 Bio: Dr. Robert Goldman is physician co-founder and Chairman of the Board of the American Academy of Anti-Aging Medicine and Chairman of the World Anti-Aging Academy of Medicine. He serves as Chairman of the International Medical Commission overseeing sports medicine committees in over 194 nations. His many accolades, titles and accomplishments include: the President Emeritis of the National Academy of Sports Medicine and founder of the International Sports Hall of Fame, which recognizes the world’s greatest sports legends with ceremonies held annually at the Arnold Sports Festival, the largest sports festival in the world. A 6th degree Black Belt in Karate, Dr. Goldman is also a Chinese weapons expert and world champion athlete; listed in the Guinness Book of World Records. Holding two Physician & Surgeon Medical Degrees and two Medical Doctorates, Dr. Goldman has served as a Senior Fellow at the Lincoln Filene Center, Tufts University and as an Affiliate at the Philosophy of Education Research Center, Graduate School of Education, Harvard University. He holds Visiting Professorship at numerous medical universities around the world. Dr. Goldman donates 80% of his time in charitable pursuits around the world, supporting sports, fitness and medical education for the sports and medical communities worldwide. In this capacity, he visits dozens of nations with a focus on youth mentorship.
Request an Introduction