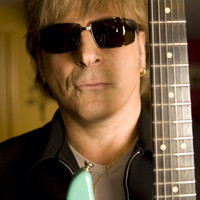 Bio: Bert Elliot taught himself to play the drums on a set of books and an old briefcase in his parents’ Queens apartment at the age of 11. His parents realized he had a passion for music and bought him a drum set at age 13. A few years later, Bert discovered his true love would be the electric guitar. At the age of 20, he went on tour with R&B artist Gary Toms and gained experience playing live venues. Later, Bert went on to earn a Bachelor’s degree in music composition from Queens College. After college, Bert signed a production deal with ‘DSM’ Producers. His music can be heard on MTV, VH1, NFL, Maury Povitch, Jerry Springer, numerous Lifetime movies and more. He has been a member of various bands as well as solo projects. Bert has done extensive studio work with local, national and international recording/live projects. With the support of corporate endorsers such as Fender, Peavey, Hartke and Rocktron, Tech 21, Xotic, and Fractal Audio, he built a 5-room, professional recording studio from the ground up. Bert recorded his first solo CD, a rock instrumental project, “On The Positive Tip”, on his own record label, PSP Productions. Bert’s second CD “Asylum In Playland” features NY Yankee Bernie Williams, Stu Hamm and Atma Anur. Guitar Player Magazine spotlighted Bert’s guitar playing in the April, 2008 issue. Regarding his track, “Don’t Shoot, Let’s Rock”, Editor-In-Chief, Michael Molenda wrote: “Elliot wears his Wired-era Jeff Beck influence like a neon tattoo, but he pulls it off by nailing the master’s whammy excursions and melodic taste. The ballsy and totally professional production of the track doesn’t hurt either, as the driving tune highlights his phrasing and well-crafted guitar tones.” Bert hosts his own weekly radio show onunir1.fm
Request an Introduction