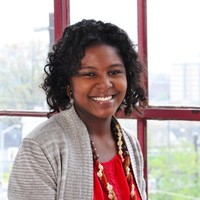 Bio: In today's ever-expanding entertainment industry, Autumn Bailey is making a statement through her own unique brand of storytelling. In 2005, Autumn received her Bachelors degree from Shaw University. After graduating, Autumn took the position of Production Manager/Head Producer for Saundras Productions, a flourishing Theater Company and attended summer film workshops at NYU Tisch School of Arts. In May, 2005, Autumn launched her company, Autumn Bailey Entertainment, an Atlanta based company that serves to produce high quality documentaries, short films, feature films and reality television shows. In March 2009, Autumn Bailey Entertainment partnered with the Peachtree Village International Film Festival, working to build relationships throughout the world and attracting more than 2,500 Festivalgoers each year. Autumn serves on the Committee Chair of the Festival as Director of Panels. The PVIFF is quickly becoming the one of the most highly sought-after Film Festivals in the Southeastern region, by many of the Industry’s top professionals. A relentless networker, you can be sure to catch Autumn at any Industry event, sharing stories and laughs with some of the most influential people in the business. One person in particular, Tasha Smith; star of hit films, Why Did I Get Married, Daddys Little Girls, and ATL, Autumn has nabbed to make her directorial debut in the remake of the classic Ozzie Davis film, Black Girl. Currently, Autumn is Co-Producing the Feature Film, Blondie: The Florence Ballard Story, starring Faith Evans, which depicts the life of the Legendary Founder of The Supremes. Bailey is the epitome of what a great Producer should be; embodying the complete package of Professionalism, Charisma, Style and Grace. Autumn’s goal is this industry are simple; To make great films that will empower and change people’s ways of thinking; and thats exactly what she is doing, one production at a time.
Request an Introduction