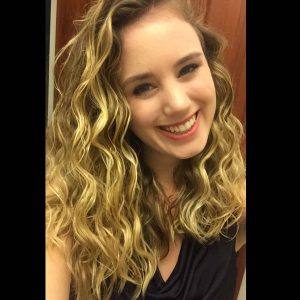 Bio: Ashley Sonlin graduated from Berklee College of Music in Boston, MA in May 2015 with a degree in Music Business/Management, and held the highest GPA of all graduating seniors in her major. At Berklee, she ran Berklee’s Songwriters Club for three years, where she directed the popular annual competition “Perfect Pitch;” past winners include Betty Who. A prolific songwriter herself since age seven, she was awarded honorary mention in The Berklee Groove’s songwriting competition, In The Groove. Prior to attending Berklee, she opened for Paranormal Activity’s Micah Sloat at The House of Blues in Cleveland, Ohio, and sang at the Ryman Auditorium in Nashville, TN. While attending Berklee, Ashley performed for and worked with the likes of Paula Cole, Cyndi Lauper, and Livingston Taylor. She also performed at the 19th annual Berklee Encore Gala, which raised over $1.75 million dollars for Berklee City Music, a nonprofit organization that brings music education and mentoring to underserved youth. She has accumulated over 350,000 total views between her YouTube channels, where she posts covers of popular songs and original music. Sonlin has previously worked at both RCA Records and PledgeMusic doing internships in A&R and marketing. She currently resides in New York City and works in entertainment.
Request an Introduction