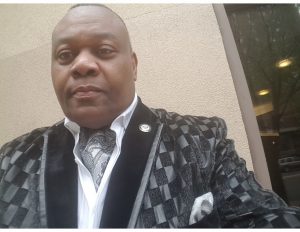 Company: Matthews & Matthews Consulting
Bio: Arthur T. Matthews J.D is the Chief Operating Officer and principal partner of Matthews & Matthews Consulting aka diversityofficers.com www.diversityofficers.com which is a boutique firm specializing in divergent aspects of labor, human capital, organizational change and the workforce. His clients are primarily government entities, unions, and non for profit organizations. He currently serves on the faculty at NYU, Cornell University School of Industrial and Labor Relations and the University of Arkansas. He teaches workshop, seminar, certificate, boot camp, undergraduate, MPA and MBA courses in areas such as conflict resolution, labor & politics, communications, organizational change, human & civil rights, negotiations, mediation, arbitration, labor-management cooperation, bullying, diversity & inclusion, leadership, public speaking and ethics. Some of his clients include or have included the Cisneros Center for New Americans, City Harvest, the Ronald H. Brown Foundation, Levi Strauss, the Laborers International Union, the Communications Workers of America and the Clinton School of Public Service at the University of Arkansas. His government clients include the EEOC, the U.S Department of Veteran Affairs, the Defense Logistics Agency, the Center for Disease Control and the Federal Executive Board. Recently he was a Guest Lecturer at the Clinton School of Public Service and as a result, the School asked appointed him to their faculty during the 2016 academic year. He will be teaching mediation. Early in his career Arthur was featured on a CNN Special as a positive role model and consistently serves as a motivational speaker. He was a Congressional and Assembly aide and earned his Juris doctor (J.D) degree from Howard University School of Law where he was elected the President of the Student Bar Association. In was in this capacity that he led hundreds of law students in the march that helped enact MLK Day as a national holiday. Moreover he proudly hosted one of the last public appearances of Supreme Court Justice Thurgood Marshall. He obtained his undergraduate degree with honors from C.W Post College, Long Island University where he earned a Martin Luther King academic scholarship and a NCAA football scholarship. He is a life member of Alpha Phi Alpha Fraternity Inc.
Request an Introduction