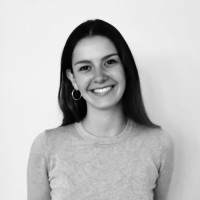 Bio: Growing up in a multi-cultural environment in Munich Germany with a German father and American mother, sparked Ariella’s interest at an early age in understanding behavior as it relates to cultural differences. She pursued this interest and is presently a second year psychology student at Leiden University in the Netherlands. In addition to her studies, she has been an ambassador at two startups at which she mainly focus’ on the coordination and communication with possible business partners and helps develop marketing strategies. She has found that her psychology studies have come in handy with this work. She has found multiple areas of psychology to be fascinating including criminology and clinical psychology. The classes in these topics have fostered her interest in psychiatric hospitals as to not only the patients and their disorders but also how such an environment might influence the patient’s well being. Furthermore, she is interested in the clinical path following research on the numerous topics that are still considered a mystery today.
Request an Introduction