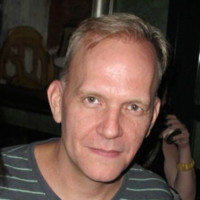 Bio: Ari Taub’s films have been showcased around the world. Among the awards that he has won: the Nissan Focus Award, the Warner Award, the Mobil Award, several Cine Golden Eagles, as well as 1st Prize at the Certamen International Film Festival in Spain, and 1st Prize at the Klagenfurt International film festival in Austria. His films have been showcased on Showtime, Arts & Entertainment, HBO, and the Disney Channel. His film “The Red Herring” was compared to Roger Corman’s “Little Shop of Horrors” on Showtime’s the Director’s Series for excellence in low-budget filmmaking. He has been interviewed by Roger Ebert of Siskel & Ebert on the Disney Channel and has appeared in articles in the Los Angeles Times as one of the most promising young filmmakers to come out of NYU Film school. He is currently preparing for the theatrical release of his film “Last Letters from Monte Rosa” and he is in pre-production on his upcoming feature film “The Arrangement.”
Request an Introduction