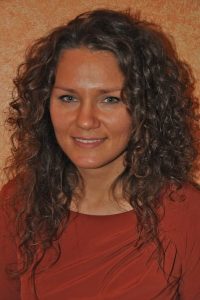 Bio: Angela Martini is from Verona, Italy, where she started her career working with her father, an editor of books and magazines specializing in fashion, hairstyling and art. Her involvement in the family business sparked her interest and a special sensitivity for fashion that soon evolved into a long-lasting passion. The work Angela developed with photographers at photo shoots and catwalks became instrumental in her decision to move to Milan and study Fashion Design at the Marangoni Fashion Institute. After graduating, Angela developed two lines for men and women as well as accessories. She discovered the appeal of the creative process, trend research and fabric sourcing which she mastered while traveling the globe. Angela always loved traveling, and this first international experience, together with the dream of working in a big city, shaped her decision to move to London, where she studied Fashion Styling at the Central Saint Martins University. Having diversified her academic portfolio, Angela started working as a stylist and costume designer, finding inspiration in the city’s multicultural setting and in the people she worked with, in particular Aimee McWilliams. Angela assisted her during the creative process for the London Fashion Week and collaborated as a stylist at her photo shoots. As a designer, Angela worked with Aftershock developing sophisticated accessories, day-wear, evening wear and special occasion garments for women. For the past three years Angela has managed London Fitting Rooms, shaping the increasing success of the studio in its partnership with luxury fashion houses, stylists and celebrities to fit and tailor Alexander McQueen, Christian Dior, Elie Saab, Michael Kors, Roland Mouret, Lanvin, Louis Vuitton, Temperley London and other prominent brands. While expanding her knowledge on haut-couture, Angela also designed unique made-to-measure garments using the finest fabrics and finishings. She is now in New York pursuing new creative challenges.
Request an Introduction