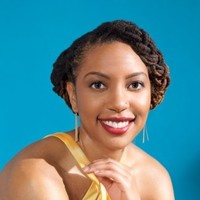 Bio: Originally from Washington DC, Anedra Edwards is a production professional specializing in entertainment business management and multimedia digital production from concept to execution. She has served in multiple intern roles for NBC Universal, BET Networks, Comcast Television, non-profit associations, government agencies and other organizations. Her most recent professional positions have included being a press videographer for the Washington Wizards, a production assistant for BET’s 2010 Black Girls Rock Awards Show and an on-air promotions coordinator for Centric Television. Anedra is a recent 2010 graduate of Dickinson College located in Carlisle, Pennsylvania. She has a B.A. in International Business and Management and a minor in Film Studies. Her aspirations are to become a filmmaker and establish her own film distribution and production company. Currently, she resides in Maplewood, New Jersey.
Request an Introduction