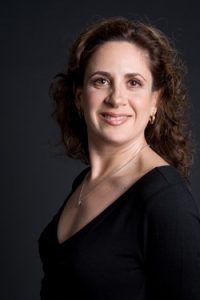 Company: Amy Nacach Studio
Bio: Amy was born in Brooklyn, New York but raised in Mexico City where she learned about make-up and developed her skills as a stylist at an early age and took lessons in make-up and styling from artists and freelanced with their clients. Amy met Eduardo Arias, stylist to the stars in Mexico's TV station Televisa, when Eduardo was promoting Nu Skin Products while being introduced to the Mexican market. Amy was a representative of this new cosmetic line and took Amy under his wings to refine her skills and assist her development as a professional make-up artist. Amy met Roberto Balbuena, also a celebrity make-up artist, who would later become Amy's tutor, mentor and friend. She would work under his guidance for the next two years before returning back to her native New York where she studied cosmetology. In 2006 she would study at Empire Beauty School where she perfected her skills of beauty and style make-up, she majored in cosmetology at the Aveda Carsten Institute and obtained her New York State license in 2008. She completed her Master in Make-up Artistry in avant-garde at Makeup Desognery and Tony and Guy to perfect her hair cutting technique. Her career also includes working at Macy's Herald Square for Benefit Cosmetics; Artistry and Nu Skin two of the most prestigious private labels in cosmetics. She has extensive work with renowned photographers like Marco Vazquez. She also worked for Telemundo as a make-up artist for “Los Llaveritos de T-tin” a children's program, and for catalogs such as eCustom ID. Lately Amy has been is working on the TV series from Tristan Loftin Productions “The Undetected” doing the make-up for upcoming stars Danielle Harper, Vincent Ticalli and Rich Graff and Amy's passion and professionalism have taken her to work in the bridal industry.
Request an Introduction