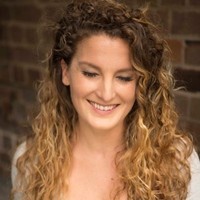 Bio: Alice is a writer and comedian, an ex academic, ex-corporate Lawyer and a bad musician. Studying arts/law at Sydney University, Alice was heavily involved in the Improvised Comedy scene and the Arts and Law Faculty Revues over 5 years - writing, directing, producing and performing. During her studies at Cambridge University, she carried her love of sketch comedy writing and performing into the Cambridge Footlights. She began to focus on stand-up comedy in New York a few years later and since then has performed all over the world. She returned from New York to work full time as a lawyer at Allens Linklaters, returning to the Sydney comedy scene to win the inaugural Homebake Comedy Competition, was nominated for best newcomer at the Sydney Comedy Festival 2013 and gave up law to pursue comedy and writing full time. Since then she's sold out comedy festivals all around Australia, done a TEDx talk, appeared on Channel 9 Mornings, and debated against Julian Assange. Alice Fraser’s journey up through the mean streets of the Cambridge Footlights and New York’s cut-throat comedy scene has honed writing and performing skills that stand out in every environment. Alice is a writer for the satirical news radio show “A Rational Fear”, and hosts “Tracksuits” on fbi radio. She has established the weekly podcast Tea With Alice, and writes regularly for television, radio and on anything else anyone will let her. Alice is a regular MC and headliner around Sydney and is open for bookings to perform at corporate events and private functions. Feel free to contact Alice at any time on alicerfraser@gmail.com.
Request an Introduction